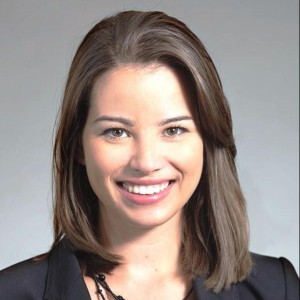 If you’ve attended an event with the Austin AMA, you’ve probably seen Stephanie Washington. Since joining in 2014, Stephanie has volunteered in many different capacities—from membership and events support to her current role as vice president of membership retention and engagement. From the very beginning, she enthusiastically dove right into the organization, a fact praised by Connie Johns, previous president of the Austin AMA, when she presented Stephanie with the Volunteer of the Year award at the 2016 Marketing Jam.

“As a key contributor to the membership committee, she has represented AMA Austin at community events like the Summer Shindig, welcomed first time attendees to luncheons and frequently attended board meetings to learn more about the workings of the organization,” Connie told the audience at the Marketing Jam in June 2016, when presenting Stephanie the award. “Her energy and commitment to the chapter no doubt contributes to our chapter’s continued strong growth in membership as she continues to take on a larger leadership role with the board. She has demonstrated her wide array of strengths and talent for getting things done!” We caught up with Stephanie to learn a little more about her:

What is your day job?

Where are you from originally, and when/how did you get to Austin?

Boca Raton, FLa.  My dad’s job was transferred from South Florida to Austin. I finished high school in Austin, graduated from UT, and never left!

When and why did you join the Austin AMA?

I joined Austin AMA in mid-2014.  At the time, I was transitioning from working in higher education and wanted to enter the marketing field. Many marketing professionals around town kept enthusiastically recommending Austin AMA to me.

What is your volunteer role and when did you start getting involved?

My current role is VP, Membership Retention and Engagement. I’m a proponent of being actively involved in the organizations I belong to so I started volunteering as soon as I joined AMA in June 2014.

Have you served in previous volunteer roles? Which ones?

My first role was event ambassador and I then became the director of the ambassadors program.

What have you most enjoyed doing as an Austin AMA volunteer?

Meeting Austin newcomers and other AMA members from all walks of life and various professional industries. I feel the organization is a good landing spot for new and seasoned marketers alike.

What are some of your contributions to Austin AMA that you’re most proud of?

Being able to lend a hand to other AMA members and helping facilitate chapter events.

You’ve got a free afternoon in Austin. Where do you go?

Downtown Austin is very different from yesteryear. Longtime Austinites will know exactly what I mean. The 2nd Street District now has many quaint shops and eateries. I would have lunch at La Condesa and then catch a movie at the Violet Crown Cinema.

Describe yourself in one word:

You can find Stephanie on LinkedIn.