When Content is King, Who is Queen? | AMA Austin 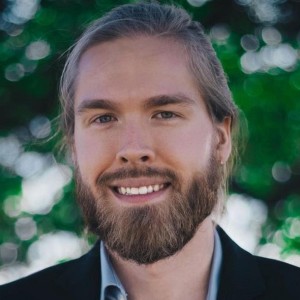 by Guest Contributor Victor Glenn. Connect with him on LinkedIn!

We have heard this time and again since 1996, when Microsoft founder Bill Gates was credited with coining the now golden phrase. Content is King. Like our ever-expanding physical universe, our virtual environment is growing too. The modern day vastness of our online landscape demands for more and more content development.

There are dozens of services currently promising literally any literate person the opportunity to work as a content writer. To work from home, pulling in an income of $25,000 to $100,000 annually, to write. Whether it be Writers Work, List Verse, or The Write Life. From ads, to blog posts, to stories for the entertainment of one’s peers, the world is begging for content – content to fill newsfeeds and blog streams and webpages.

The answer to that is Quality. Quality is Queen. Why?

Look at these three nearly identical Instagram posts. Notice how in the first, there is a total lack of hashtags despite being a nicely worded post. Effectively, that means that no one will see this post. The second post is nothing but hashtags, which is great for visibility, but conveys no clear brand message. Then, there is the third post; a blend of concise sentences and relevant hashtags which will draw engagement and convey meaningful brand messaging. In this regard, Balance is paramount. These same factors are key when drafting content for both Twitter and Tumblr. Both require something of genuine substance for your audience to bite into with a limited space in which to do it. While Twitter has now been updated with the ability to conduct searches for any word(s) in a post, Instagram and Tumblr still rely heavily on hashtag based searches. Those who are learning digital media or who have worked in it as social media has evolved will no doubt realize that all hash tagging did was make meta-tagging “fun” for all users to do.

Photography 101: The Rule of Thirds

Another element that is key, whether for social or traditional marketing, is photography. It goes nearly without saying that your images must be clear and well-lit but many still struggle to grasp the concept known as the “Rule of Thirds.”

Here is an example of the rule of thirds: Notice how the image without lines features the figure in the center?

Well, that isn’t what we want. Why, specifically?

Because it is too balanced. Looking at the image on the right, where a light grid sections the image into three rows of three, you get an idea of the Rule of Thirds. Placing your subject along or at the intersection of the imaginary grid increases the likelihood someone will take interest in your photo or video or advertisement because the eye is naturally drawn to these points. It seems like a minor style choice, but it can be difference between someone scrolling by or pausing to leave a Like.

Elements for Clarity: Consistency and Style Finally, there is how you choose to write. No matter what language you’re writing in, or whether it is for social media or a blog or even a newspaper there is one thing that matters above all else including proper grammar and punctuation – Consistency. Some writers choose to cast words about as if it were a stream of their internal thoughts. Others, journalists specifically, utilize the Associated Press style guide which sets about a clear universal code for how one composes their content. Regardless of where you fall within that range, the key is to keep writing that way otherwise the sudden change in style could be off-putting to your audience.

All these points serve to illustrate a single concept: in the age where Content is King, Quality is Queen.